Driffield is known as the capital of The Wolds. It is a market town of about 11,000 people in the East Riding of Yorkshire. The opening of the Driffield canal back in the 19th century put the then village firmly on the map, and from then on, the village became the friendly town it is today.

In the 1880s about one hundred catholics lived in Driffield. Mass was celebrated in a private house and then at the Corn Exchange.

In 1883 the Bishop Lacy visited Driffield and interest in establishing a church was generated so much so that three years later the architect, Edward Simpson built the church which was dedicated to Our Lady and St. Edward, and paid for by Lady Herries of Everingham Hall.

The date of consecration was 15th November 1886 and in 2011, Bishop Drainey celebrated a Mass of Thanksgiving for the 125th anniversary of the building and opening of the Church.

The church is in the Norman style, built of bright red bricks with terracotta dressing (yellow brick dressings on the presbytery), with clay tile roofs. The interior is surprising with its two great Norman-style arches of great breadth. The arches have three orders of columns with trumpet-like capitals, and chevron, ballflower and billet moulding. 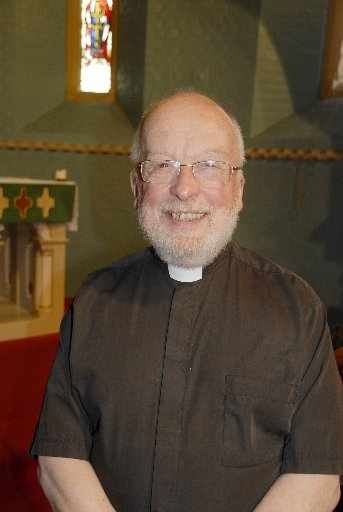